Please fill out the information below.

Oops! We could not locate your form.

A POND WITH A PURPOSE

The Pond at Latimer Heights is a 3-acre natural feature that serves multiple functions including stormwater management, wildlife habitat and park land.

The detention pond collects stormwater from a 127 acre catchment area and allows a controlled release of that stormwater into a tributary of the Latimer Creek across 200 Street.  By controlling the release of the stormwater into the creek it reduces any rapid changes in water levels downstream during rain events, which is typically associated with high development areas.  The pond allows the stormwater to enter the creek at the same rate it would have before there was redevelopment in the catchment area, thus maintaining the integrity of the creek.

The pond and its wetland areas represent a functioning ecosystem with many interconnected components working together to support native plant and animal species while helping to mitigate adverse hydrological effects associated with development.

Why Cattails and Bulrushes?

When the stormwater passes through the detention pond it undergoes a degree of passive treatment prior to reaching the tributary of Latimer Creek.  The water is slowed down in the pond through the nature of its design, gradients, and shape, but largely due to the cattails and soft stemmed bulrushes.  Slowing down the water allows suspended sediments and other solids to settle in the pond rather than continuing to flow downstream.  The cattails and bulrushes are also effective at removing contaminants and excessive nutrients, such as phosphorus and nitrogen, from the stormwater.

The controlled water flow and natural passive pre-treatment of the stormwater benefits the downstream fish by improving the water’s quality before it leaves the pond and enters the creek.  In addition, the improved water quality also benefits benthic invertebrate species which serve as a food source for many species of fish and amphibians.

Many of the shrub species such as snowberry, baldhip rose, hardhack, salmonberry and black twinberry are flowering species that provide nectar for pollinators such as bees, butterflies and hummingbirds.

Multiple species of birds visit the pond including song sparrow, black-capped chickadee, red-winged blackbird, mallard, Anna’s hummingbird, white-crowned sparrow, tree swallow and shorebirds.  These birds utilize the pond and surrounding area for foraging, nesting, and raising their offspring. Listen for their calls as you walk around the pond and look for the family of mallards that are often seen swimming through the water.

Typically, slow moving bodies of water attract bugs, but thanks to the various birds and predator invertebrates that frequent the pond, like dragonflies and damselflies, mosquitos and pest insects are kept under control. 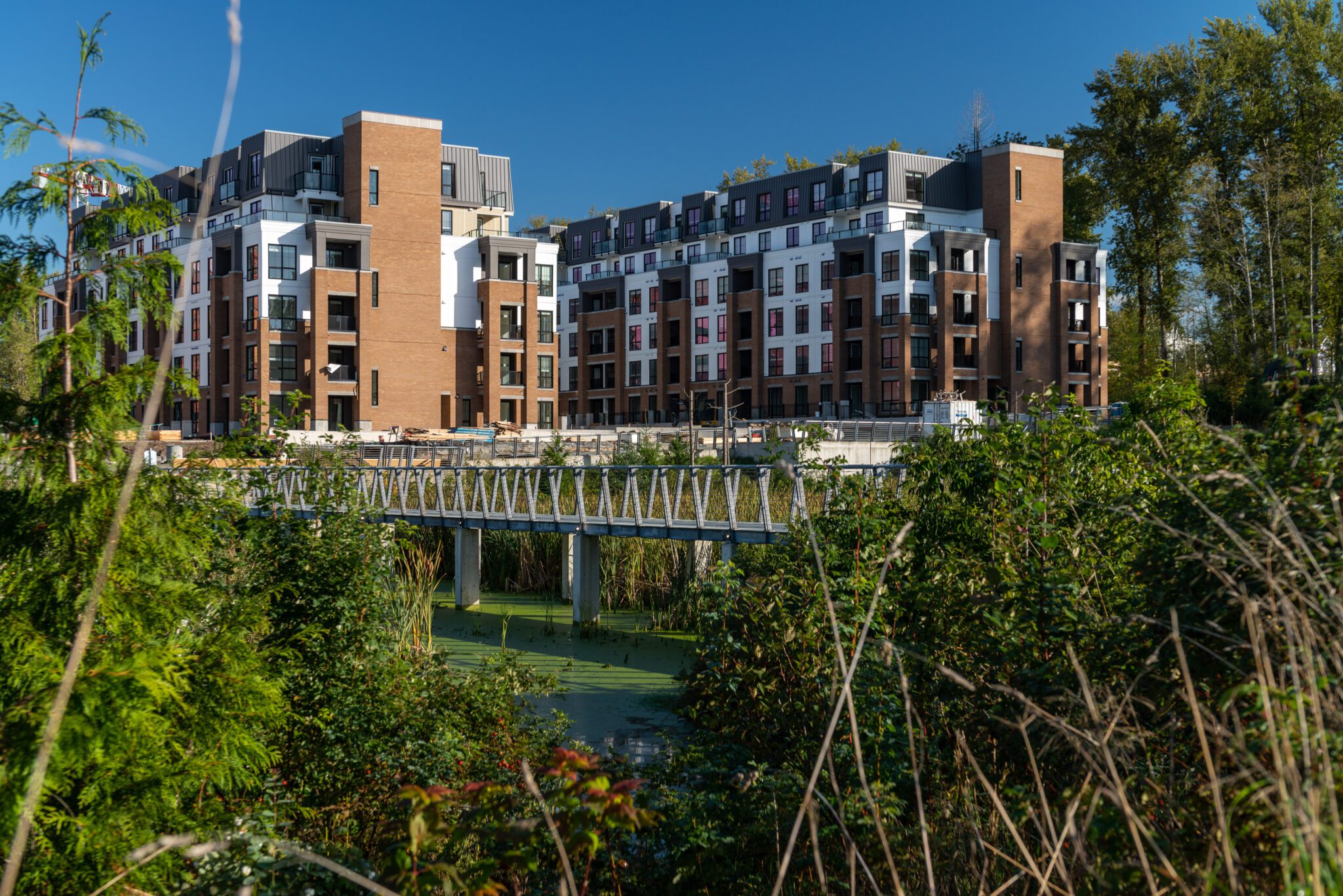 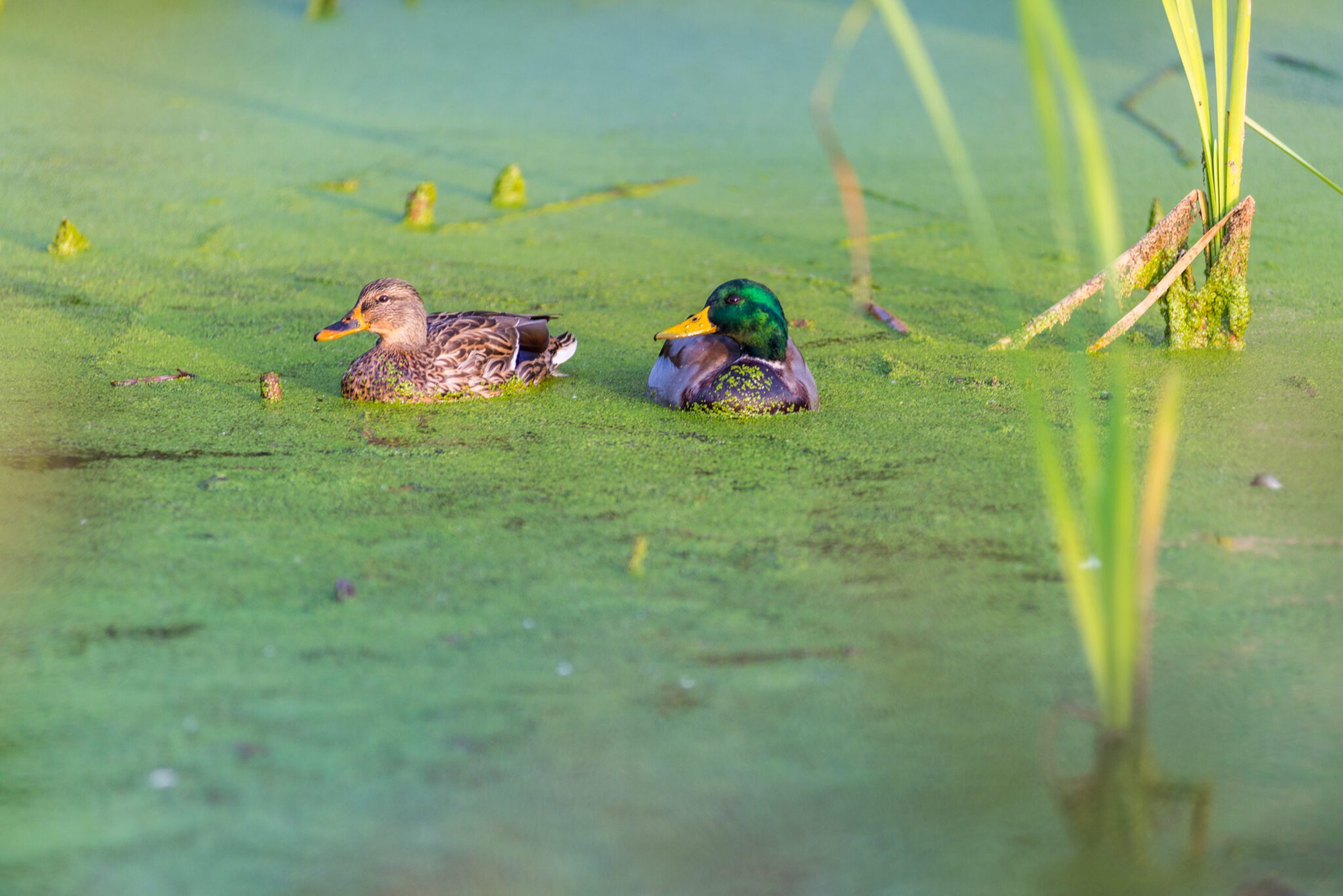 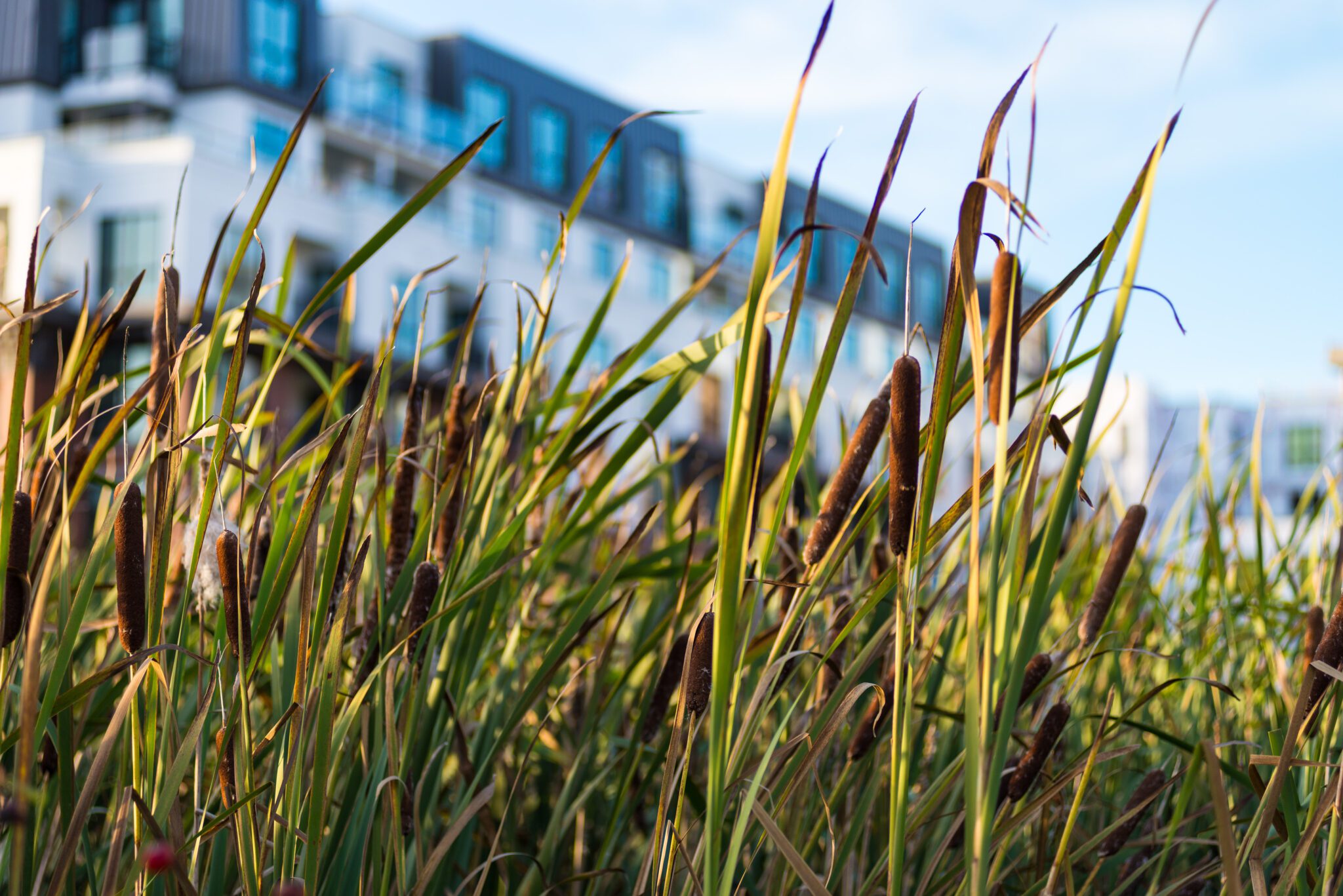 Register today to stay informed with the latest details and information as it becomes available for Latimer Heights.